How the media, Canadian leaders and the Muslim community failed Aisha Forsythe

In the past several months, two Muslim women have been blatantly discriminated against by Quebec government employees, the irony of which should not be lost on anyone who can remember the (baseless) pro-Values Charter argument that ‘religious civil servants discriminate against the rest of us.’ Rania el-Alloul and Aisha Forsythe share a similar background and were subjected to similarly unfair treatment on the basis of their religion – and yet the public reactions to these two cases could not have been more different. Their stories highlight an important blind spot in our media-dependent perceptions of the world we live in.

On January 29th, 2015, Aisha Forsythe, a single mother and welfare recipient, presented herself at the offices of Emploi-Quebec. She was treated with what can only be called outrageous contempt – the government employee told her she could never get work wearing her hijab because “this is a secular country,” that Aisha had “put herself in a ghetto” and that she should “move to an Arab country.” Ashamed at having been treated like a second class citizen, Aisha went to the press. 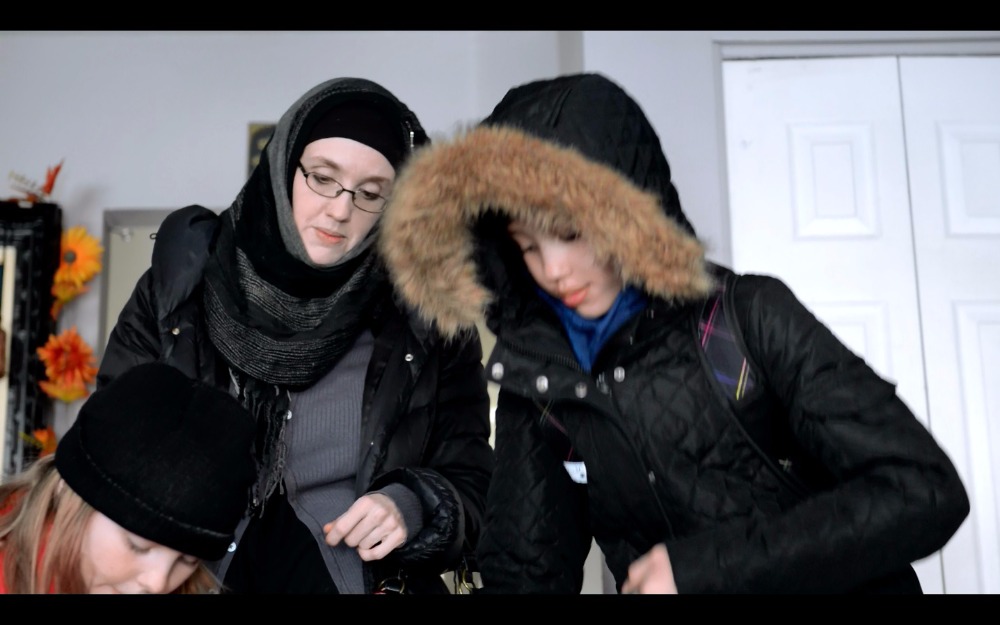 On February 24th, 2015, Rania El-Alloul, a single mother and welfare recipient, presented herself in court to contest the impoundment of her car, which she needed for work. In a now infamous decision, the presiding judge, Eliana Marengo, claimed Rania was “not properly dressed” because “the court is a secular place,” and refused to hear her case unless she removed her hijab. Humiliated at having been made to feel “like an animal,” Rania went to the press.

Here, the parallel courses of these two women’s lives suddenly break off. Rania’s case exploded across the media and the Internet. Canadian politicians and leaders in the Muslim community loudly decried the injustice she had suffered, and her outrageous treatment became a cause celebre on the Internet – a GoFundMe campaign to raise money to help her purchase a new car raised $52,000 in less than two weeks. (Ms. El-Alloul, incidentally, went on to declined the money.)

Contrast the rousing public support for Rania with the response to Aisha’s story. Her mistreatment at Emploi-Quebec made the news a few weeks earlier, but was quickly forgotten. Many of the Internet comments on the articles describing her case snidely suggest that she invented the story, and that no government employee would ever say such things (despite Ms. El-Alloul’s experience showing that they most certainly might.)

“Many people are judgemental, even without having all the facts,” Ms. Forsythe lamented, “They’re not aware of how discouraging their comments are.” 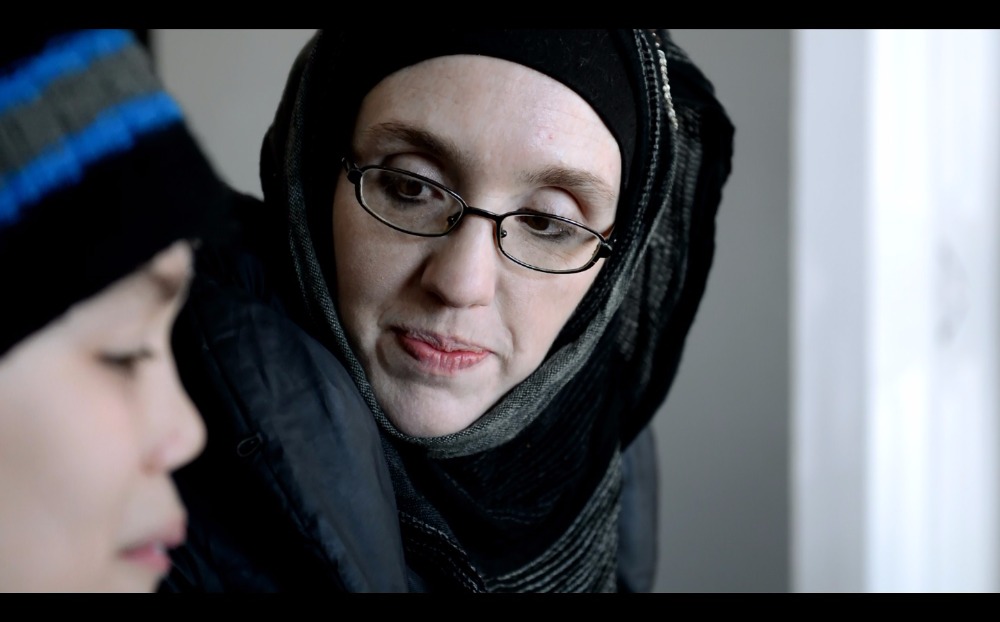 In the weeks following her incident, Aisha has asked for help and support from some of the same figures who spoke so passionately in defense of Ms. El-Alloul. Her results were far from encouraging.

“I reached out to various groups, leaders and other well-known people in the Muslim community, and got no help, support, or direction from any of them. Since that time, I have not received a single phone call or email from anyone on the issue.” The sole exception to this blanket silence has been Fo Niemi, director of the Centre for Research Action on Race Relations.

Both Ms. El-Alloul and Ms Forsythe’s backgrounds are similar on the surface – both are single mothers of large families, both are in precarious financial situations, both are on welfare. Rania is an immigrant, but even here, Aisha’s background is similar. 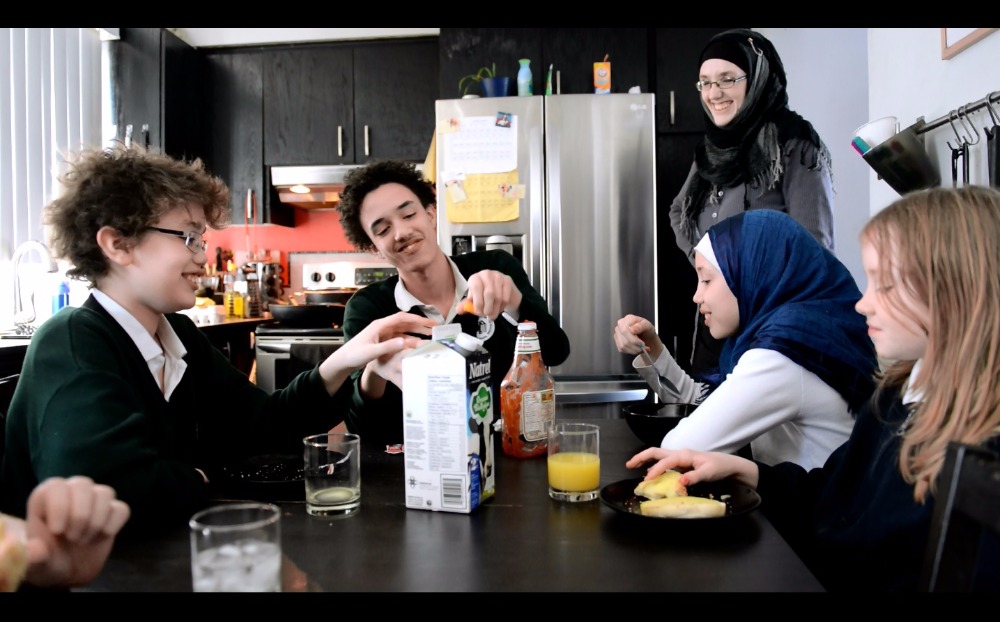 Though Aisha is Canadian-born, she moved to Barbados at 13, where she met the father of her children and converted to Islam. She returned to Canada only when her grandmother Mara died, acquiescing to her final wishes that she raise her family in their West-Island home. Aisha is not unlike Rania, then, in that she has migrated to a home in which she is not well-established, in a province where she doesn’t speak the main language.

Aisha spent years in an abusive relationship; now divorced, her ex-husband doesn’t even contribute financially to the cost of raising their four children. Aisha remarried a man studying in Montreal, who promised to bring her and her family with him when he returned to his country. Instead, he left and abandoned them, leaving Aisha and her children destitute and without a means of financial support. 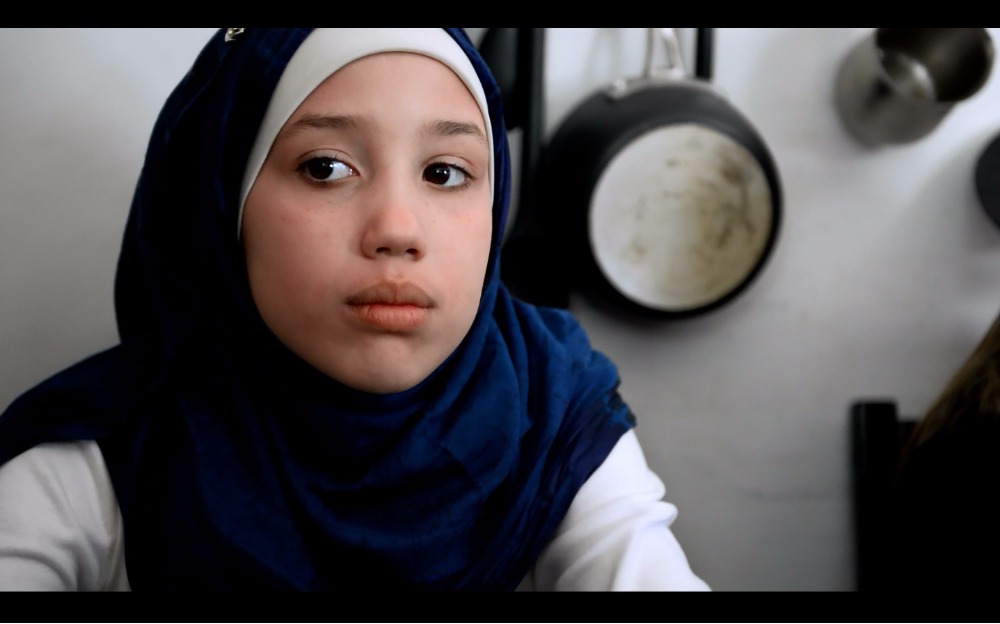 A daycare worker by trade, Aisha’s job hunt has been seriously hampered by her inability to speak French, yet Aisha can afford neither the time nor the cost of French lessons. Having never sought therapy after leaving her abusive relationship, Aisha suffers from post-traumatic stress, anxiety, depression, and migraines. Over the past few years, she has become increasingly isolated due to her troubled mental health. Her situation has grown increasingly desperate. What’s more, last year saw her welfare application denied because of the house her grandmother left to her and her oldest son (a property which provides shelter but not revenue,) she wrote a letter to the Ministère de l’Emploi et de la Solidarité sociale, requesting an exception. In the reply, he acknowledged that her family’s “health and safety are in danger” – but only agreed to a seventh-month welfare term, which expires in April, 2015.

It was under these bleak circumstances that Aisha went to the Emploi-Quebec office last month. Her treatment there was painful enough, but the public response to it has, like a force multiplier, protracted the pain – and the mixed bag of public scorn and indifference that followed has only increased the emotional distress of her uphill battle.

“I am so happy for Rania,” she said, alluding to public support for Ms. El-Alloul, “but I just wish some of those people had come out and offered support for my case as well.”

What explains the two different responses to these nearly identical cases? One factor is certainly the “Rodney King effect” – the judge who threw out Ms. El-Alloul’s case was recorded, and one can listen (with horror) to Judge Marengo’s thinly-veiled Islamophobia. The Rodney King reference is apt – for Mr. King was surely not the only black man to have been abused by LA police. Rather, his beating became a cause celebre because it chanced to be caught on film.

The different reactions, then, reveal a troubling side-effect of a media spotlight. In rushing to aid those whose stories have made the news, the plights of many in similar situations are ignored. As Ms. El-Alloul acknowledged in declining the money raised for her, there are many “whose rights have been forfeited and whose stories remain untold.” Aisha has also pointed out that she believed there have likely been many other Muslim women mistreated at Emploi-Quebec who were too intimidated to speak up. And yet our attention focuses exclusively on the “Rodney Kings” – those unlucky enough to have been mistreated, but lucky enough to have hard evidence of their mistreatment recorded.

None of this is to condemn or accuse Ms. El-Alloul or her supporters. It was encouraging to see the public react with such vigor in response to a miscarriage of justice. But let’s not be too quick to congratulate ourselves on how caring we are; our focus on a few extraordinary cases can mask the fact that many, many others suffer under the same circumstances, and no one comes to their aid. There have, indeed, been encouraging glimpses of human empathy, but, as Aisha’s story shows, we should not forget that we are wholly ignorant of the pain which many suffer in the shadows of public awareness.

iThere are no comments

This site uses Akismet to reduce spam. Learn how your comment data is processed.

Begin typing your search above and press return to search. Press Esc to cancel.